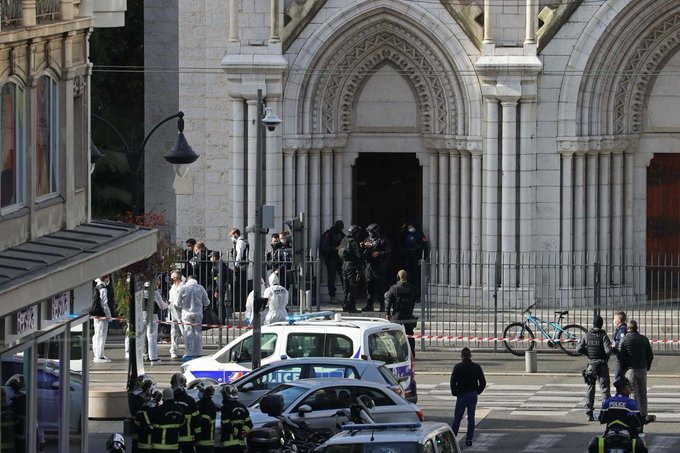 French police report that three people have died and several others have been injured following a knife attack near the Basilica of Notre-Dame in Nice. Authorities say that one victim, a woman, was decapitated and that the suspect has been arrested. Media outlets also reported that two other incidents happened on Thursday, one in Avignon where a man reportedly threatened people with a handgun and one at the French consulate in Saudi Arabia where a security guard was attacked with a knife.