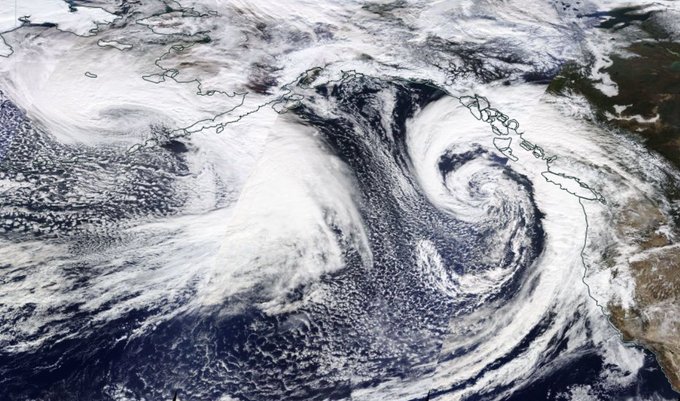 The Pacific Northwest will bear the brunt of the bomb cyclone, a system of rapidly dropping low pressure, ABC and the Seattle Times report. Meanwhile, an atmospheric river in Northern California is predicted to trigger dangerous debris flows and flood warnings through Sunday, with areas ravaged by recent wildfires most at risk. An atmospheric river is a narrow band of moisture that accumulates over the ocean and dumps rain and snow once it hits land. The two events will result in the first heavy snowfall of the season across the Sierra mountains, CNN report.